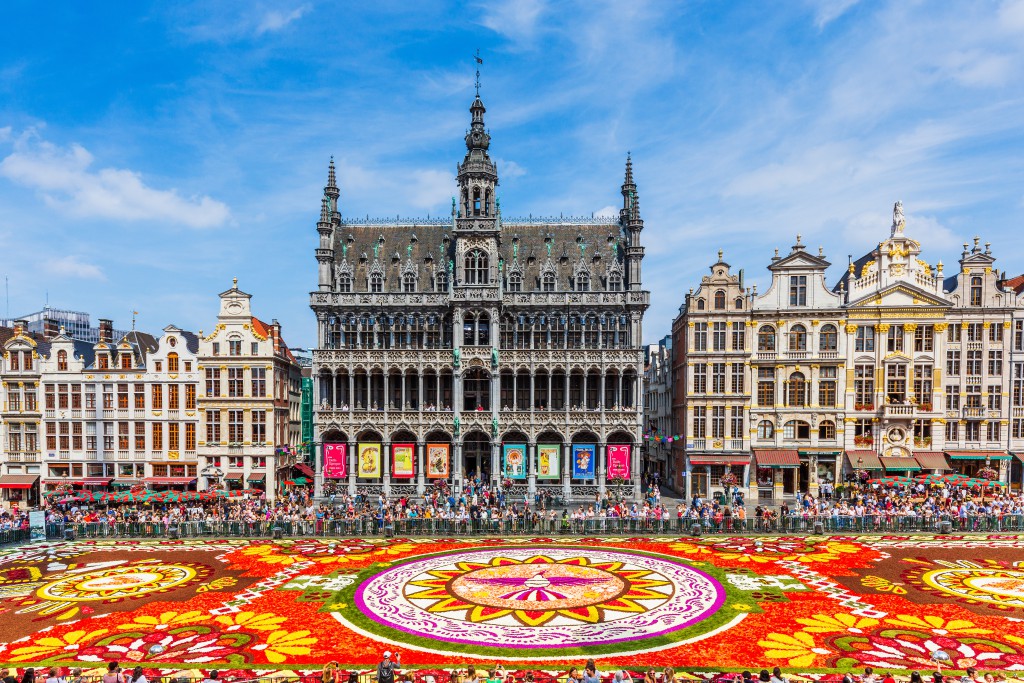 Europe comes alive with festivals all year round. Each country celebrates its century-old culture. Families and friends gather in parks, plazas, or in the heart of the cities to remember their traditions and share the stories of their past. It is common for people to wear traditional colorful clothing and dance to the songs of their ancestors. 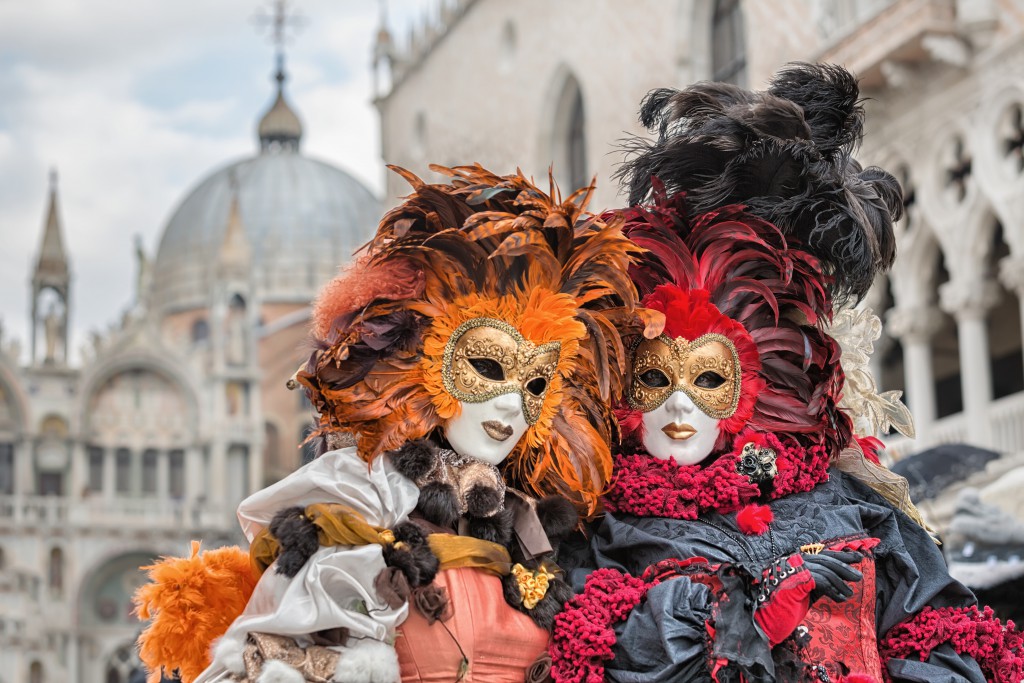 Costumes and masks in Venice for the Carnival

The carnival is a city-wide celebration and an opportunity to indulge in music, dances and parties before the start of Lent. It first became a public festivity in 1296, with an act of the Senate of the Republic of Venice. The masks and the costumes allowed people to hide their differences of class and status, and it was even allowed to make fun of the aristocracy. Today, the main events take place around the Piazza San Marco, even though some are held in every quarter of Venice with gondola, boat and mask parades at every corner. 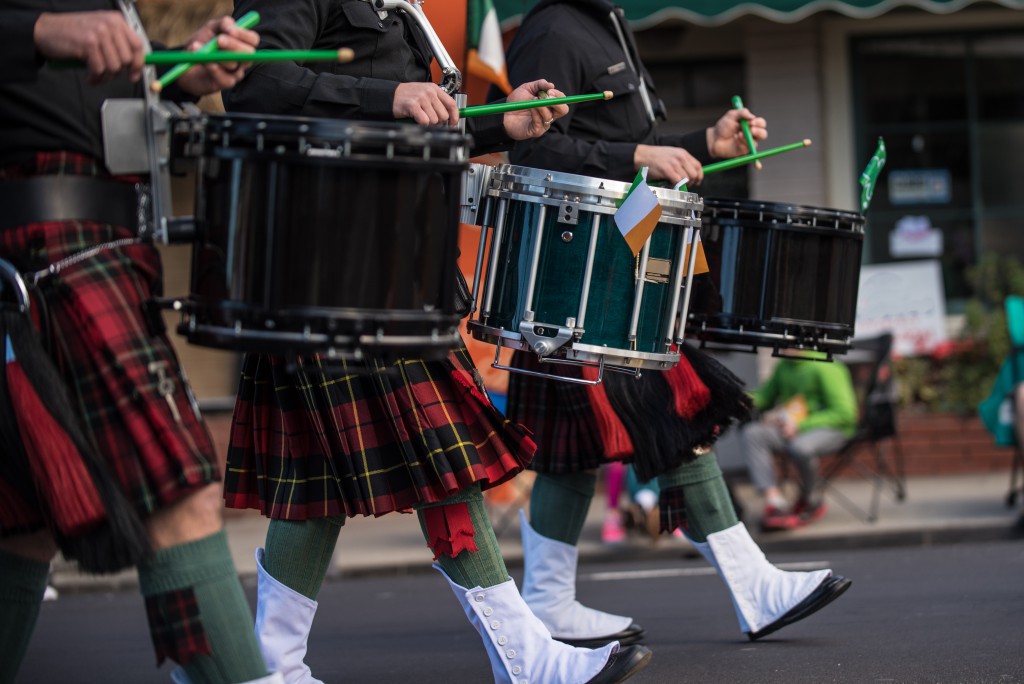 Saint Patrick is the patron saint and national apostle of Ireland, and has been credited with bringing Christianity to Ireland and probably responsible in part for the Christianization of the Picts and Anglo-Saxons. Each year now, iconic landmarks across the city turn green, world-class museums host free workshops and guided history walks take in famous sites including St Patrick’s Cathedral and the Guinness Storehouse. The city comes alive with street parades, music, shamrocks and the world’s largest outdoor céilí. Over the course of five days, the celebrations do not stop. 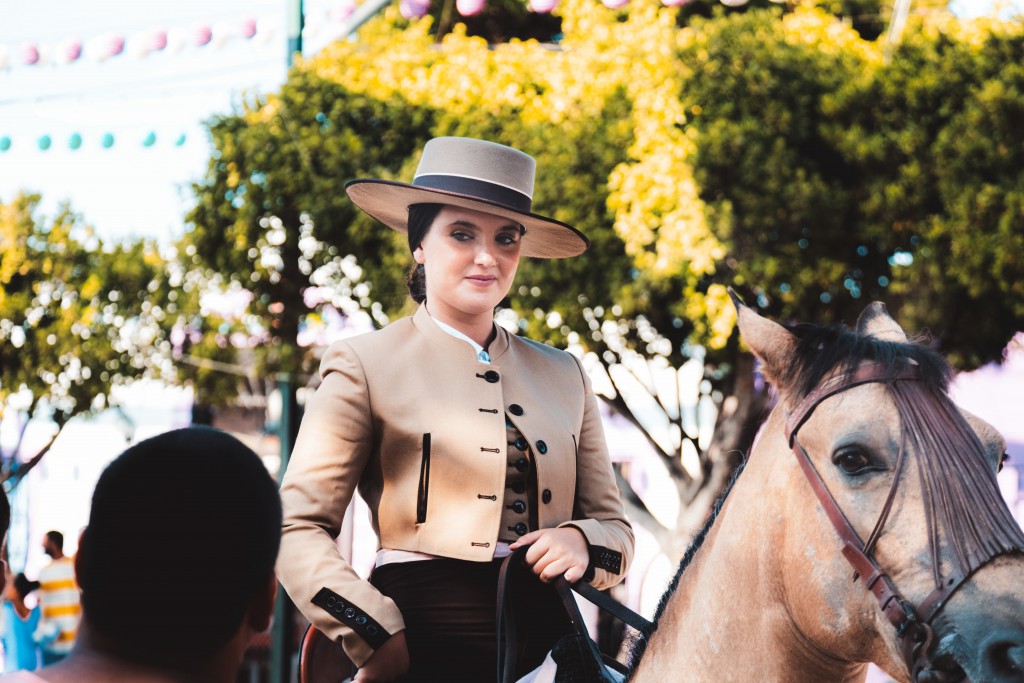 Woman on horseback for the Feria in Seville

Two weeks after the processions of Semana Santa come to an end, Sevilla is taken over by its ‘Feria de Abril’, the fair of all fairs, meant as a tribute to the arrival of spring. The festival grounds see sprout over 1,000 casetas (wooden tents) that belong to local families, groups of friends, businesses, clubs, trade associations and political parties. Most of them are private and open only to members and their guests. However, the fair is filled with colorful traditional dresses and outfits, horse-driven carriages and enchanting Spanish music.

The Koningsdag: Amsterdam, the Netherlands. 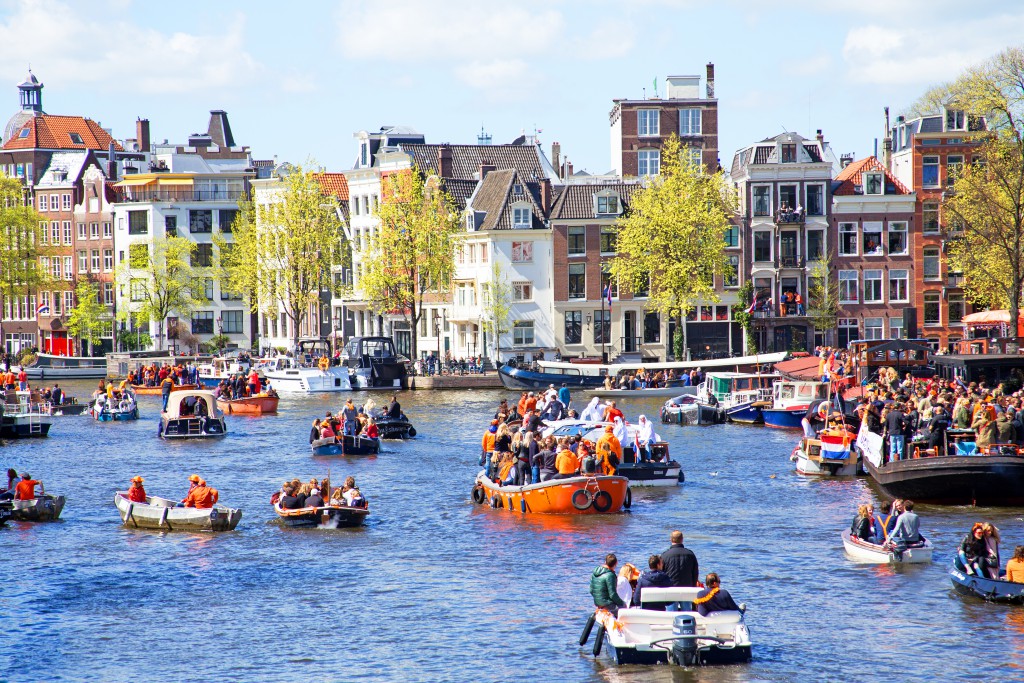 King Willem Alexander was born on 27 April and it became the official King’s Day in 2014 soon after his coronation. Amsterdam is dressed is bright orange colors and a feast is set afoot. On King’s Day, the people make a toast to the king with Orange Bitter, a bright orange liqueur. The drink was created in 1620 to celebrate Prince Fredrick Henry’s victory. Initially it was not well-known but after William of Orange became the first king, it was produced once more. Since then, Orange Bitter has been closely associated with the Dutch royal family. 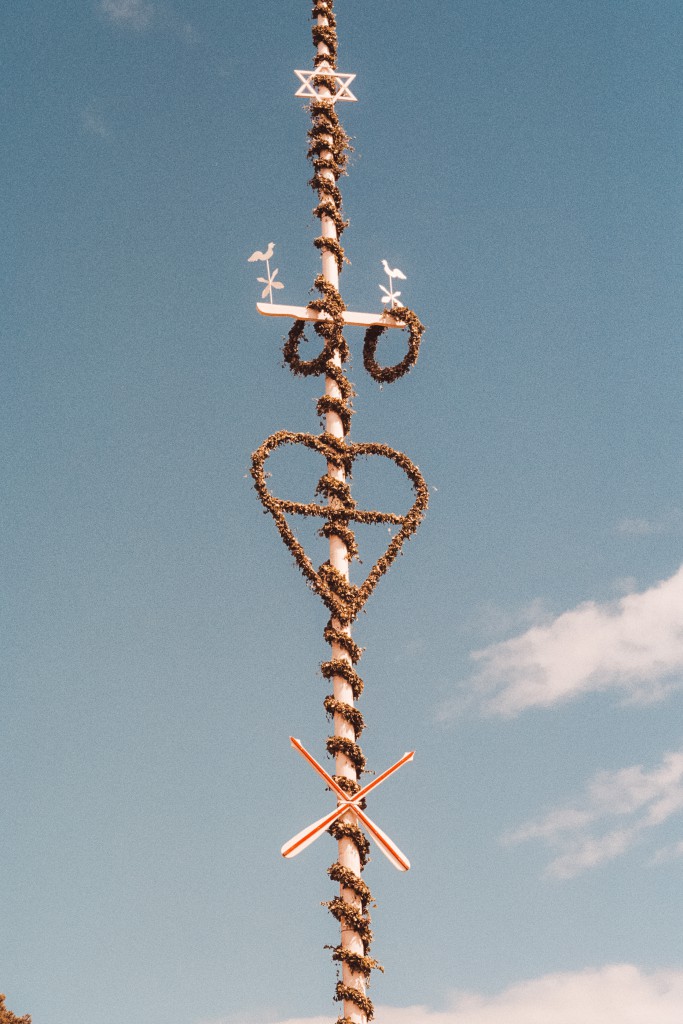 A maypole decorated with flowers for Midsommar

Historically, there were plenty of notions about the magic of Midsummer. It is meant as a celebration of warm summer nights after the long winter. Friends and family gather in the nearest park or archipelago to enjoy a small picnic.  The midsommarstång (maypole) stands tall in the middle of the park and is usually decorated with green garlands and flowers and placed within a prominent space in town for people to dance around. The first dance is sometimes done by a group wearing traditional dress before everyone else is invited to join in. 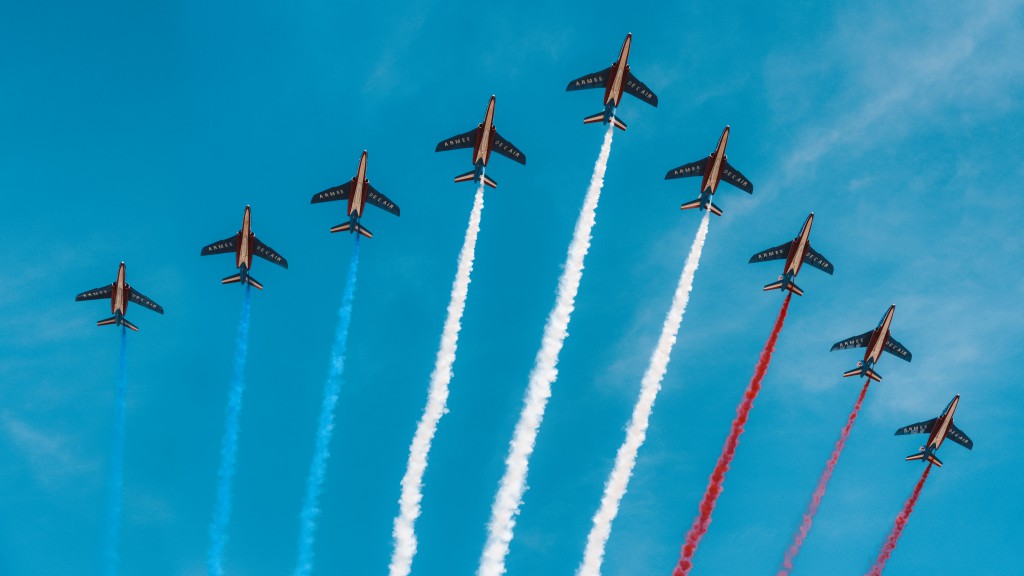 Plane fly-by for the military parade

Much like the 4th July in the USA, the 14th July is a celebration of freedom and reinstates France’s national values  “Liberté, Égalité, Fraternité” (Liberty, Equality & Brotherhood). It is celebrated with a mixture of solemn military parades meticulously planned on the Champs-Elysées, and firework displays or special illuminations all over the country.. The first celebration dates back to 1790 when the overturn of the absolute monarchy occurred after the storming of the Bastille on July 14, 1789. 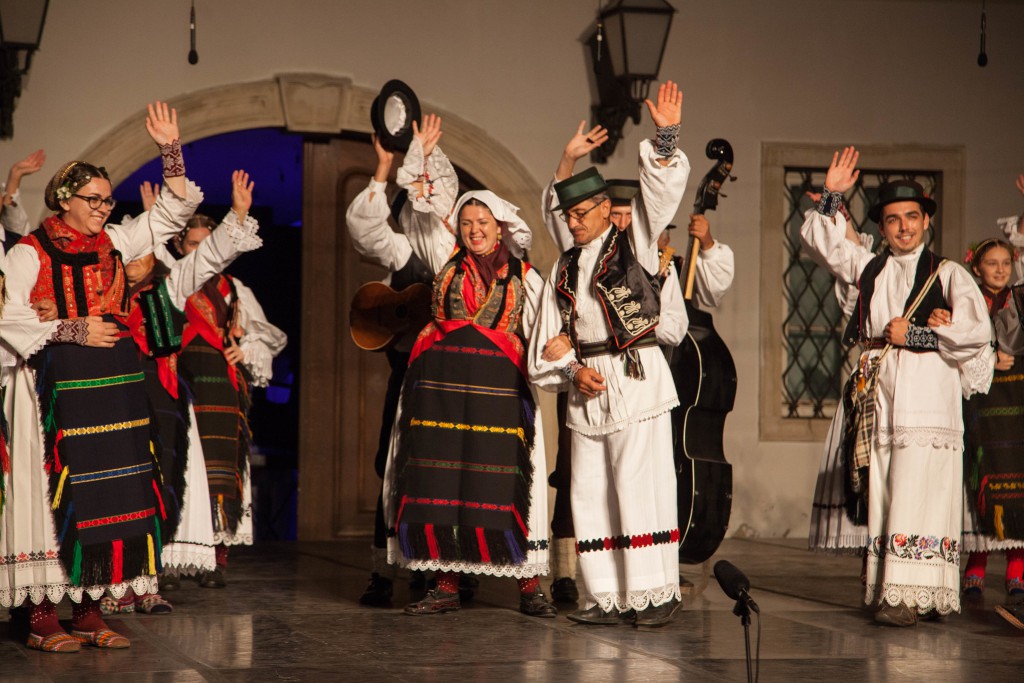 Since 1966, Zagreb hosts an unusual music event: The International Folklore Festival. It represents amateur folklore groups dedicated to preserving and presenting local heritage over five days, and highlights folk culture and traditions with performances from both Croatian and international folk musicians and dancers. Indeed, it continues the tradition of the Festival of Croatian Village Culture that was organized in the 1930s. You can expect stage performances, workshops, concerts of world music, church singing and exhibitions all over the city. 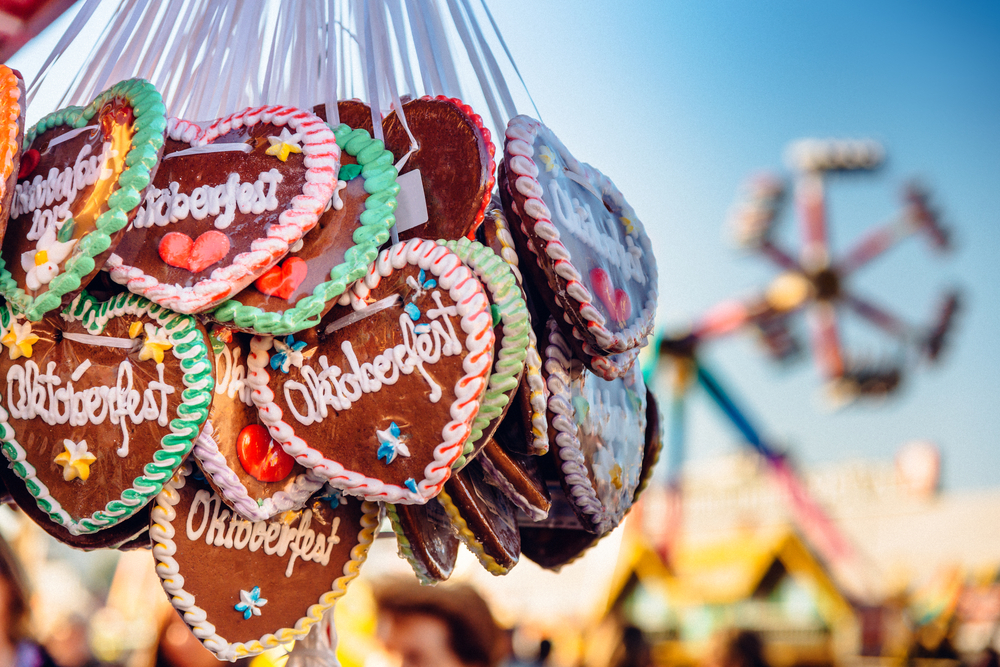 When Crown Prince Ludwig, better known as King Ludwig I, married Princess Therese of Saxony-Hildburghausen on 12th October 1810, the citizens of Munich were invited to attend the festivities. The fields, where the royal event took place, were then named Theresienwiese (“Theresa’s fields”), in honor of the Crown Princess. As the years went by, the festivities grew bigger and bigger  with carousels and swings. Soon enough,  beer stands were replaced by the first beer tents and halls. The breweries are now represented in parades that feature beer wagons and floats along with people in folk costumes.

Have you visited a European country during a festival? Tell us about the experience on our Facebook page!

You can also read this article on Stars & Stripes Blog or on their Facebook page.

About the author | The Explore Europe Team

We’re a team of passionate travel experts, dedicated to helping people explore Europe. From inspiring stories to tips for an amazing trip, the topics we cover are all about getting you out there and making discoveries!