If I ever had to move to a big city, for me there are only three different options that I could live with: Vienna, Budapest and BERLIN! To be completely honest with you, the first time I visited Berlin was when I was 18 and I didn’t like it AT ALL! In hindsight, a lot of that antipathy would have to do with the fact that they took a teenage country girl out of the familiarity of her village to an unknown world which they called “the big city”. I was simply overwhelmed and a lot of the things that MAKE Berlin got much less scary when I started to get to know the city. I returned regularly, and today can count it as one of my all-time favorites! There are so many reasons to love Berlin that it’s a bit of a struggle to get it all into one short blog article but I’ll try my best to introduce you to five of my highlights of the German capital.

A lot of cities these days claim that they are multinational, and are therefore offering something to everybody. Berlin is full of people from all over the world. Official statistics state that, of the roughly 3,75 million inhabitants, 34,5 % have a migration background, and the German capital is inhabited by people from over 190 nations. Now that’s the guarantee of a colorful neighbourhood visible in festivals, cuisine, music and much more… There’s something for every taste and interest, and there seems to be acceptance of every taste and interest. Berlin IS everybody and EVERYBODY is Berlin! It’s the only place I ever experienced a punk discussing with a granny in the underground about how their day was and not trying to convince each other of their own superiority. 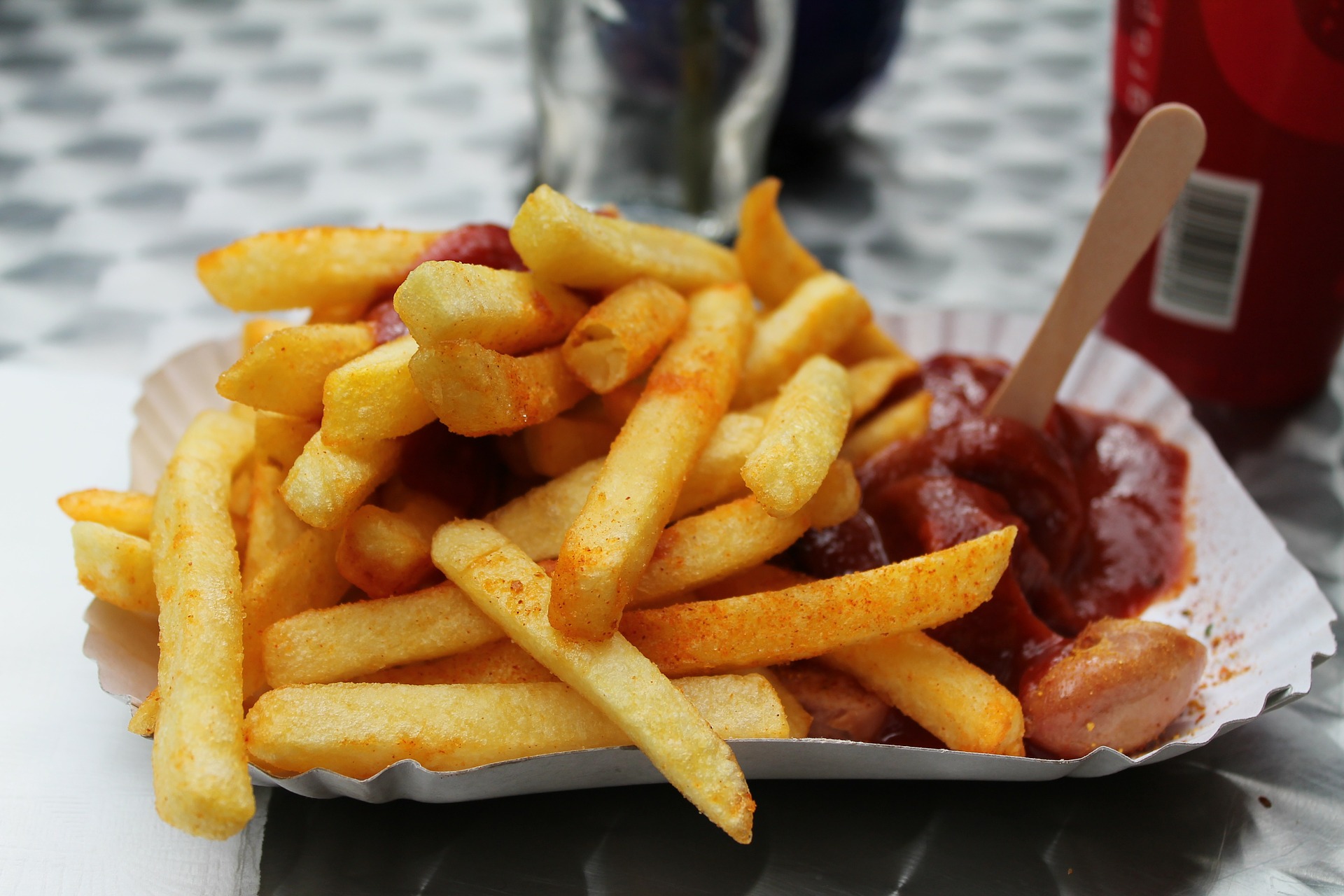 Currywurst. Some of the best food you’ll find in Berlin comes from the street food vendors.

With that many nationalities on board, there’s literally something for everyone on the food front. No matter if you’re looking for traditional German food, Italian, Asian, Lebanese, Turkish, you name it…you’ll find something you like, and mostly for a very affordable price. Since I’m personally a big fan of the Asian cuisine, my secret tip is to check out Alte Schönhauser Allee, a small street that offers two Vietnamese restaurants, Korean and Japanese, but also Hawaiian, a Burrito place. But shush…it’s really my personal secret! 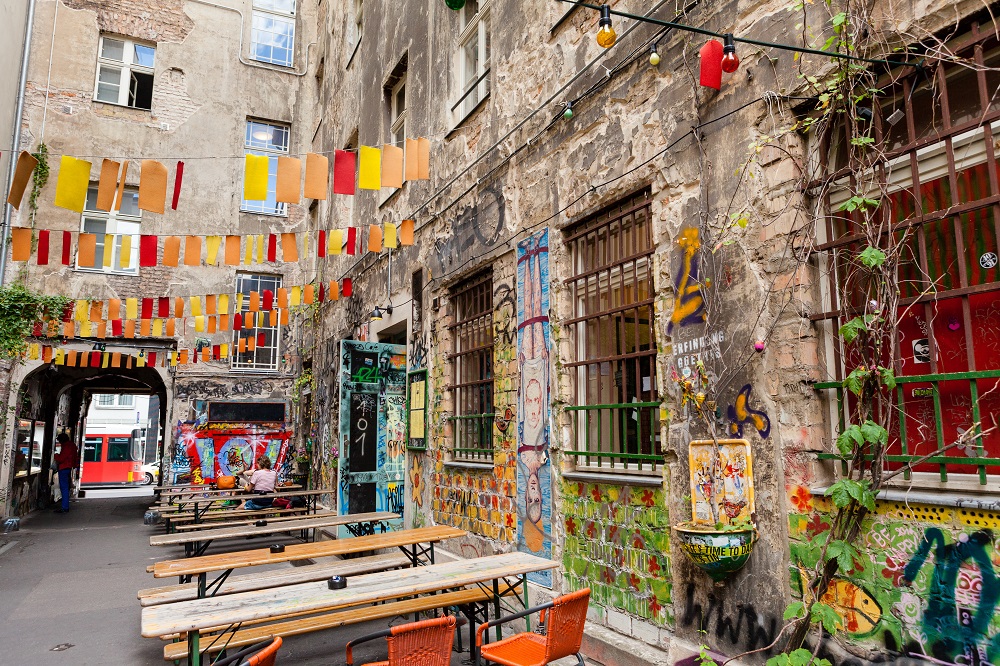 Berlin is not a pretty place. You know, not like other towns created in the Middle Ages that deliver the charm of little alleyways. Nonetheless, the architecture is extremely special. Having been largely destroyed in World War II, Berlin is mostly rebuilt, but very often old buildings are incorporated in modern styles. It has its very own style, and that’s what makes it unique. 😊 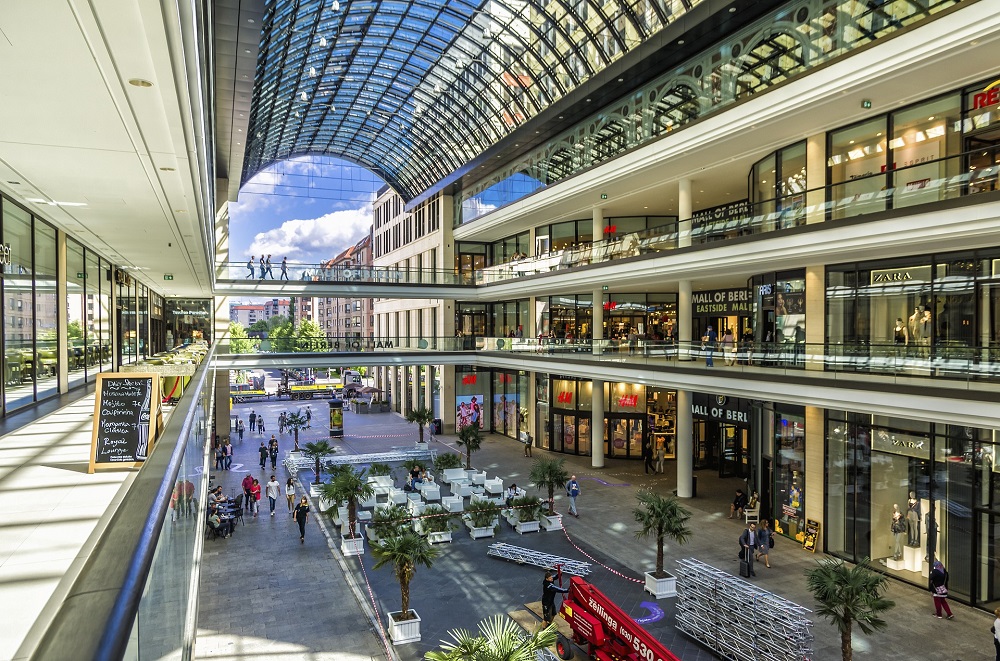 Oh dear, the shopping… Berlin is full of shopping centres and stores you can find everywhere else in Europe, BUT…Berlin is also full of second-hand stores, quirky boutiques or upcoming designer retails. There’s literally nothing you can’t find there so make sure to check out the right area for you before you go. By the way, if you find people dressed underwhelmingly, I’ve heard a rumour that people take their time to make sure they style it in such a way that they definitely don’t look styled…well, that can take a while. 😉 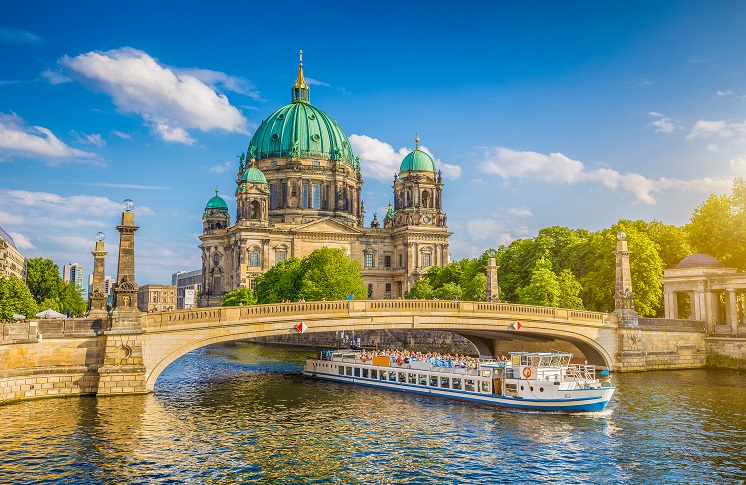 I can’t think of another place that is that full of history! Yes, I admit, I’m a bit of a nerd on that front and it’s going to be the longest of the five points, but hey, this time it’s really important world history!

From its foundation in the Middle Ages it underwent a huge development. It became the capital of the kings of Prussia. Berlin was the capital of the first united Germany from 1871, a political centre, also during the Weimar Republic and thereafter. Prior to World War I there were already more than 2 million people living there. Despite the war leading to famine and lots of other problems among the inhabitants, it recovered reasonably quickly, the 1920s often referred to “The Golden Twenties” of Berlin.

The crisis of 1929 also hit Berlin badly and the rise of the Nazi party in 1933 changed the city enormously – Berlin was the starting point of World War II and many atrocities were decided and/or carried out there. It was the place where Adolf Hitler spent his final days in his bunker before gutlessly committing suicide. The war also had an impact on the city itself. It led to the destruction of more than 50% of the city centre, it reduced the number of inhabitants from 4,3 to 2,8 million people and it split the city in two.

Because Berlin was such a powerful metropolis prior to the war, the allies didn’t see another solution, than dividing it just like the rest of Germany. Berlin was divided by the Iron Curtain, the west belonged to capitalist West Germany, the east to communist East Germany. Despite repeated reassurance that it wouldn’t happen, the rumours of a wall being built became reality on the night of 13th August 1961. It wasn’t simply a wall with a length of almost 100 miles (surrounding the entire West Berlin), it ripped families apart, made people redundant and would change many lives forever. People trying to flee to the other side were shot on the spot, but many creative and successful stories can be found in some of the museums. East Berlin became part of the GDR, a country that used similar methods like the Nazi Party did: controlling its folks, depriving them of a free life, installing secret police and using brute force. 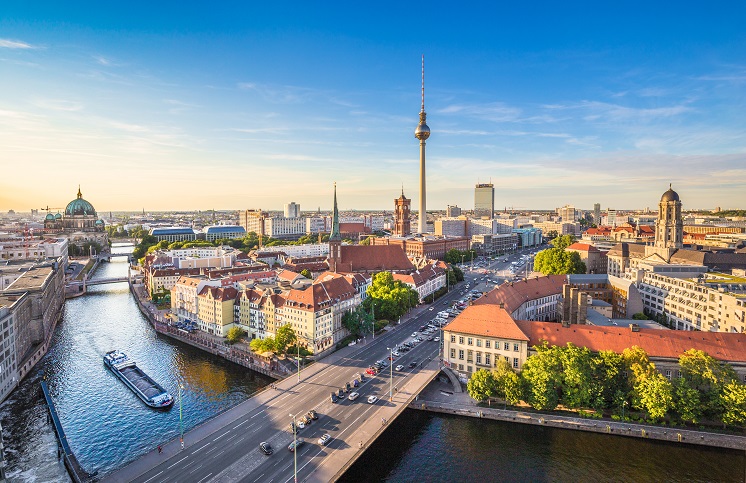 Finally, in 1989, the wall came down and Berlin had – just like the whole of Germany – the chance to reunite. Despite only having been a kid in those days, trust me when I say that 9th November 1989 was one of the most memorable days of my life. I will never forget those pictures on TV how people were crying tears of joy, dancing on the wall or tearing stretches of wall down with their bare hands (Let’s ignore the fact, please, that David Hasselhoff made his famous appearance there and was kind of thinking that he helped everybody who was “looking for freedom” – an episode to forget. Seriously! NO! Not all Germans like “the Hoff”!!!! Clearly stated now, so let’s move on 😉). It was seriously a moving experience where you could sense the emotion in the air – and you, living in Germany, should know that emotions and Germans don’t often go well together. 😉

Berlin became the capital of the reunited Germany and couldn’t be any more colorful these days.

One of the best examples to experience colors in a literal way is the “Festival of Lights” mid-September, when world-famous landmarks, monuments and squares get lit up in a magnificent way! Don’t miss the chance to see it. 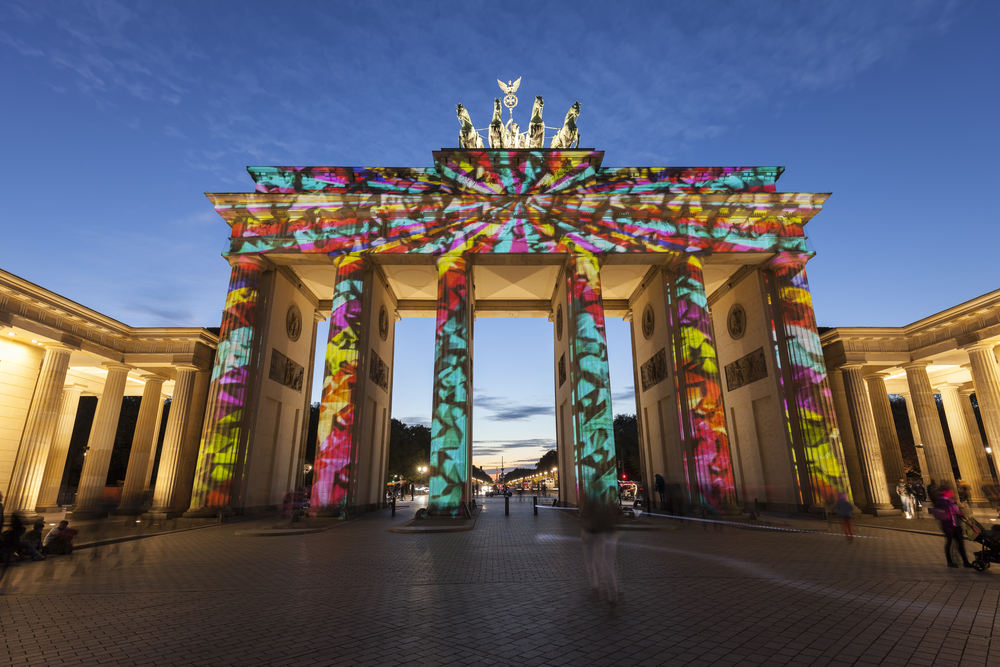 The spectacular Festival of Lights. It is a free annual international event that takes place in September (11th to 20th) this year.

And if you like it, go back. There are more than 175 museums to explore, my personal highlight being the former Stasi jail in Hohenschönhausen – it’s where the GDR interrogated people that were supposedly suspicious. “The lives of Others” is a movie well worth watching regarding this topic. Despite it being fiction, it shows the operation of the secret police during the time of the division very precisely. Count it as recent history made understandable through an enthralling story.

Enjoy your time in Berlin and – as always – stay safe and healthy! 😊