Let’s travel to… the Black Forest! 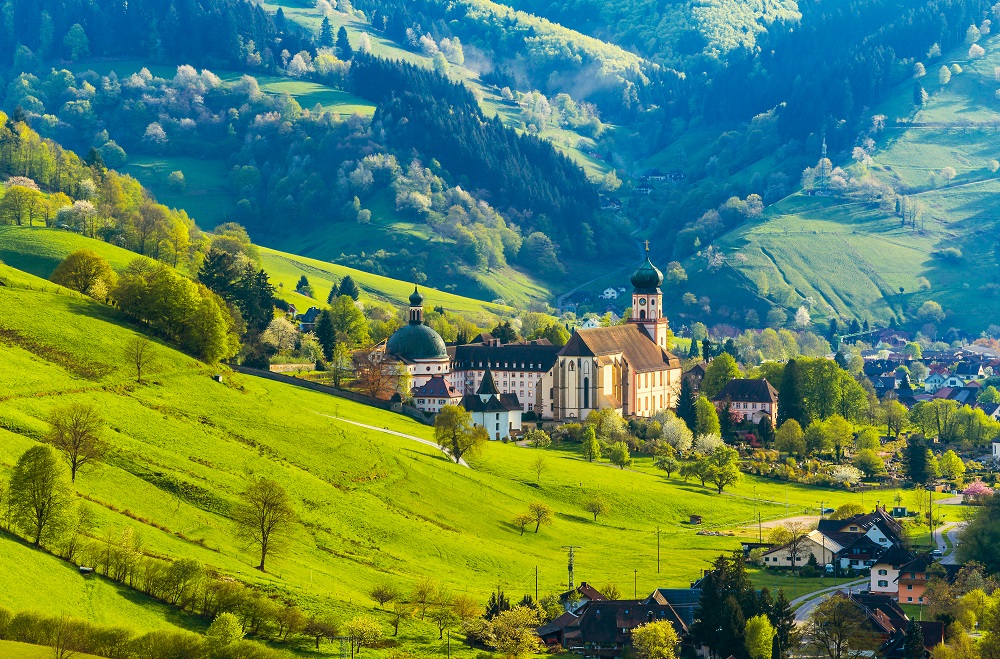 hfhfhf If I’m perfectly honest with you, the Black Forest wasn’t always a destination that increased my heartbeat from excitement. Growing up with parents who never traveled any further than a maximum two-hour drive from home, and before any internet was available, most information came from books or TV. That’s why my first encounter with the Black Forest was restricted to an old-fashioned TV show called “Die Schwarzwaldklinik” (The Black Forest Clinic) which was broadcasted on national TV Saturday evening just before prime time. You can imagine it, like the kind of soap opera that includes everything for the heart, built around clinical life: a family, doctors, nurses, intrigues, love affairs, medical disasters, heartbreak, last minute rescues… and the occasional landscape shot of forested land. It was a mandatory show in my family for 45 minutes weekly, it was cheesy like no tomorrow, and the Black Forest burnt itself deep into my brain as a place that you CAN visit, but not really giving me the feeling of missing out, if you didn’t.

Only later I learnt that truly I had experienced Black Forest stories earlier without even knowing. As a kid of the 80s it was normal that parents would read bedtime stories including fairy tales to you. Do you remember Hansel and Gretel? And there we are… right in the heart of the Black Forest!

The name “Black Forest” derives from the extensive amount of pine trees local to the area, which appear in an extremely dark – almost black – color, so they say. While it actually still looks pretty green to normal eyes, it is quite forested. As for so many other European destinations, we can hold the Romans responsible for the naming. And not surprisingly, with the mysterious woods and landscape, it became home to numerous fairy tales, myths and legends, many of which include witches and the devil…ooooooooh. Now, that did sound a tad more exciting!

The tradition goes back way further than the 19th century for when there was the largest amount of workers occupied in the business. Even though it could never be proven where the cuckoo clock was initially invented, there’s sources stating that clock makers in the Black Forest were building them as early as in the 17th century. They became absolute experts and the area offered all the stuff they needed: wood and long dark winters when nothing else could be worked on really. Today, only few people still now the craft, that’s why an original cuckoo clock is recognizable in prize in comparison to cheap exports from foreign countries. Some of the clocks are as big as a small house and can be visited on the inside, like in a quaint village near the small town of Triberg. 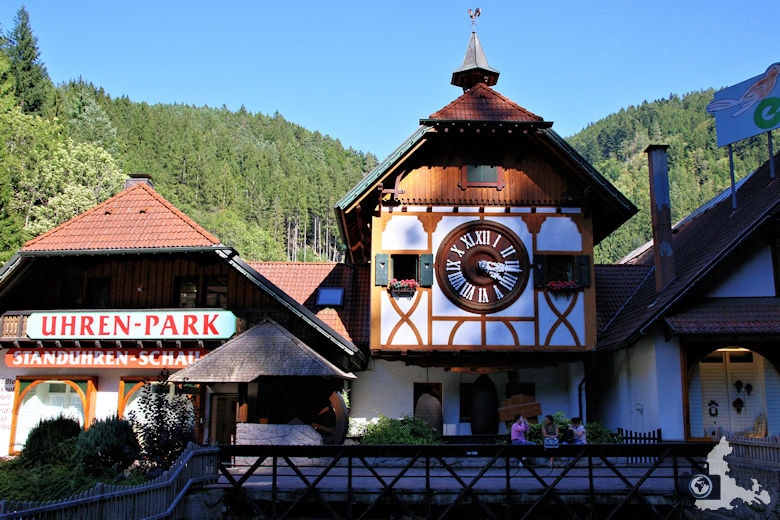 Triberg is also home to an attractive waterfall – the Triberg Waterfall. Even though the town claims it is the highest in Germany, that is not actually correct. But you know…never destroy someone’s pride, if it doesn’t really make a difference: They’re beautiful to visit. 😉 The entrance leads you to a hiking trail, so you get all different kind of perspectives of the falls. The surrounding forest is filled with curious squirrels that are particularly fun for kids (not saying that I didn’t get excited, lol) and at night they even get illuminated. 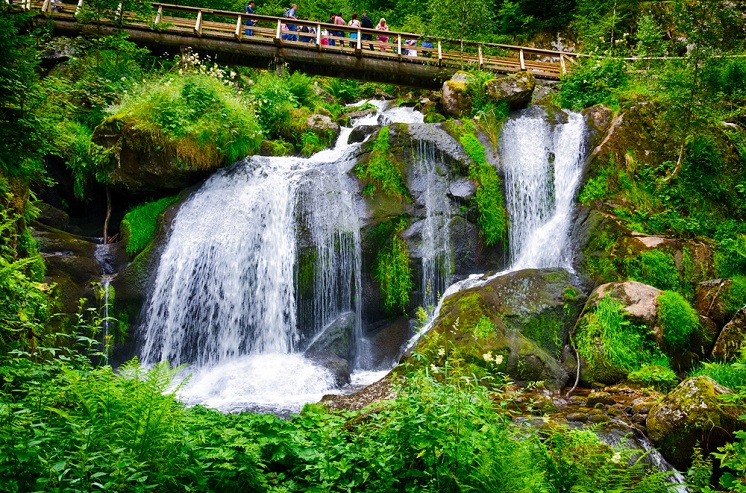 Another example of the attractive scenery that has to be mentioned is the glacial lake “Titisee”. Yep, just like in English the German name is closely related to the female upper body. But let me reassure you that it’s simply resemblance nothing else, while it doesn’t hold German teenagers back from giggling, when they find out they’ll visit there on their school trip. The origin of the name is unclear and there’s various versions ranging from being named after Roman emperor Titus to stories about former names of the region. One I particularly like is the legend that in the Alemannic dialect the root of the word means “little child” because it believed that that’s where little babies came from. In any case, it is a picturesque setting and shouldn’t be missed out during a visit. Why not even taking a little boat trip there? Sigh…

Visiting the Black Forest, it’s a good idea to base yourself in one of the bigger towns. With just about 65 miles apart, Freiburg and Baden Baden are the most famous ones. The latter is particularly known for thermal baths, some sports including golf and hiking, and classical music nights in the “Kurhaus” (Spa Garden). Freiburg on the other hand, is a student town and therefore very vibrant. It offers a beautiful city center with lots of shopping possibilities, restaurants and pubs. Just because I wanted to make sure that, I’m not telling any lies, on my last visit to Freiburg in September 2017, I did test the nightlife for you and…yes, it exists. One might find themselves in a tour group, deciding to go to an Irish Pub, after dinner with some fellow travelers, meet some friendly locals and end up dancing the night away until the wee morning hours. Some would call that fun, I’m trying to stay professional and call it hard work. “Fact finding” for future travelers in case any of you ever want to visit. You’re welcome!

Now, talking about a virtual travel experience, how can you participate in travel these days? My thoughts instantly go to a thick slice of deliciousness: Black Forest cake. Even though some voices say that it just got its name from the cherry schnapps that it includes (in German: “Schwarzwälder Kirschwasser”), locals are convinced that it was invented there in a series of attempts starting in the early 20th century. One fact that is certain though: it is DELICIOUS!!! So why not making use out of the time at home and bake your very first “Schwarzwälder Kirschtorte”? Numerous recipes are to be found online. Did you ever have an attempt in baking one?

I’d be happy to hear your stories around it. It feels a bit lonely and one-sided to not hear your side of the story. Did you ever visit the Black Forest? If not, I’m looking forward to taking you there at some point in the (hopefully near) future. Stay tuned… and take a bite of cake and care of yourself! 😊