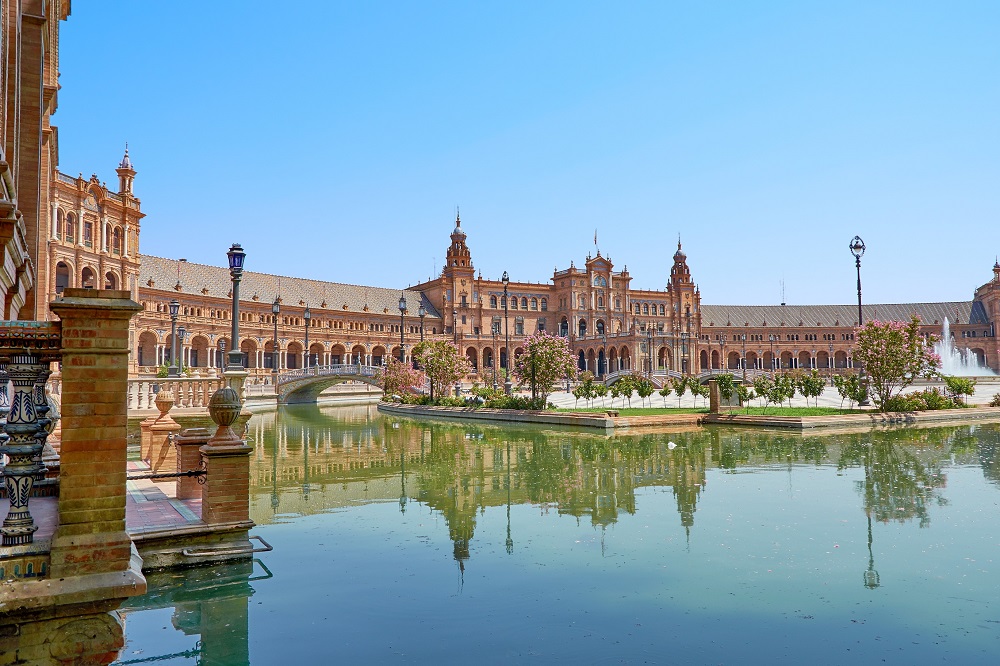 Spain has much more to offer than the Sagrada Familia in Barcelona or the high-end beach clubs of Ibiza. If you really want to immerse yourself in the vibrant, welcoming and joyful Spanish culture, the place you would go is Seville, the pearl of Andalucía. Lonely Planet ranked Seville (Sevilla in Spanish) 1st in its list of best cities to visit worldwide in 2018. As someone who has lived there for a year, I can tell you: This is no accident.

Now, let me tell you more about the city itself, because it is definitely worthwhile to spend some time in the capital of Andalusia. Seville is the home of bullfights: Bullfights take place throughout the whole year. In April, during “La Fería de Abril”, the biggest fair of Spain, the world’s most renowned bullfighters come into town. Seville is the home of the most traditional Spanish dances: The “Sevillana” even owes its name to the city, the “Bolero”, which emerged from the Sevillana and of course the “Flamenco”, which originated from Andalusian gypsy culture. 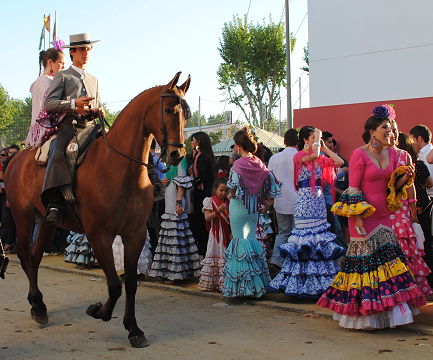 Seville is the home of the “Siesta”: While it is not practiced in many other cities, in Seville shops and stores close between 14.00 and 17.00. One reason for that is, that Seville is the hottest city of Europe (don’t go in July or August, if you are not prepared for it): The annual average temperature (day and night) is 66.56°F (19,2°C) . Even in January, the coldest month, the city is still blessed with almost as many sunshine hours as the city of Brussels at their peak of summer.

Seville is also famous for Spanish bar culture, with tapas places all around. The locals spend their evenings in the famous “Alameda de Hércules”, or in another one of the many squares surrounded by a variety of bars and restaurants. On top of all that, Seville has the third biggest historic old town in the world. There is barely traffic in the “Casco Antiguo”, so you will find it extremely enjoyable to just wander around in the narrow streets that will lead you from one beautiful square to the next. The slogan of the city fittingly is “Déjate llevar”, Spanish for “Allow yourself to get carried away”. Sounds better in Spanish, I know… 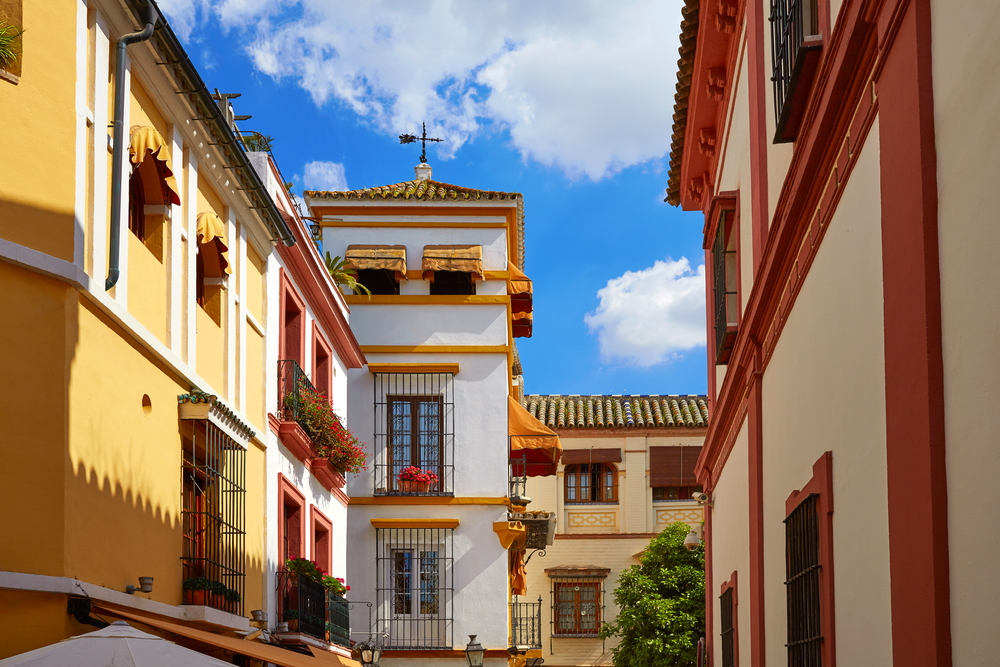 Seville is located at the river Guadalquivir, which it owes much of its wealth to. Along the riverside you can find the “Torre de Oro”, the gold tower, where the city used to store its treasures. For almost an entire century after the discovery of America, Seville was the only allowed trading place for goods from the New World. The barrio of “Triana”, located on the opposite side of the river Guadalquivir is known for its pottery, nightlife and vibrant gypsy and flamenco culture. 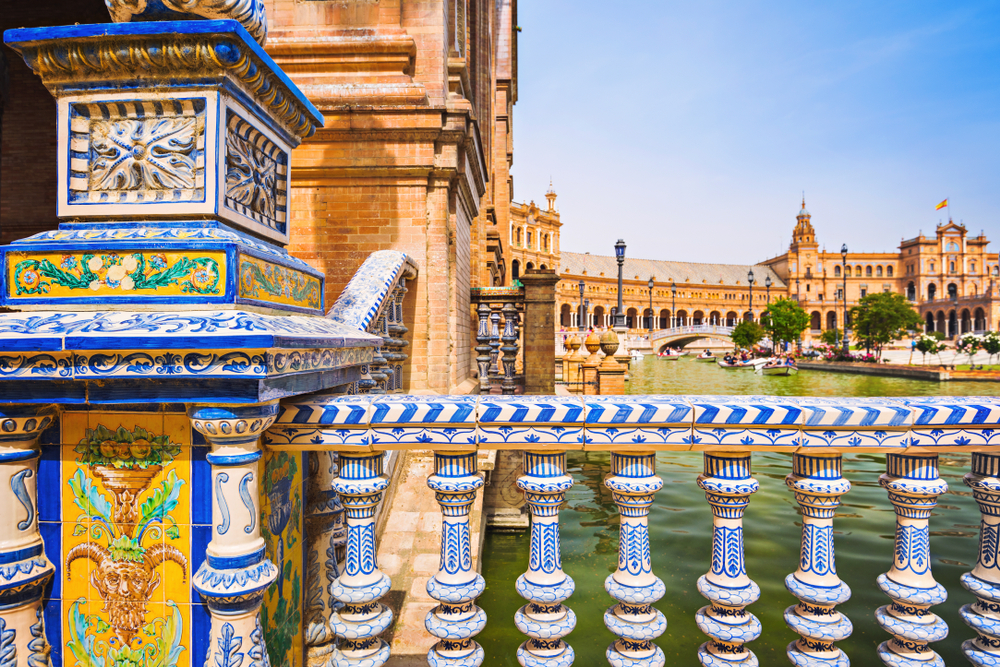 The city’s architecture will blow you away. Roman, Castilian as well as Moorish influence are visible throughout the entire Old Town and beyond. A New York Times article of August 2018 called Seville “Instagram Heaven”. Once you start exploring the sights of the city you will understand why. The “Plaza de España” for example is an impressive monument (and a famous location of Star Wars fans), which is located right next to the giant “Parque María Luisa”, an excellent spot for escaping the summer heat and finding some shade. The “Real Alcázar”, the royal palace, is Seville’s equally as impressive version of the Alhambra and a go-to destination for Game of Thrones fans. The cathedral of Seville, “Santa María de la Sede”, is the largest cathedral in the world and its bell tower, the “Giralda”, is a former minaret and one of the most famous symbols of the city.

When living in Seville I have done plenty of roadtrips. Seville is located in the South of Spain, only one and a half hours away from the border to Portugal and the beautiful Algarve coast in the West. Going South you reach the Spanish “Costa del Sol”, the Sunshine Coast, in even shorter time. One of the favourite destinations for the “Sevillanos” is the beautiful port town Cádiz, formerly an island, which has been connected to the mainland in the 17th century. The British enclave Gibraltar with its charming pubs and beautiful view on the African continent is within two and a half hours, about the same distance as Málaga, one of the most famous beach destinations of the Iberian Peninsula. To the east of Seville you can reach Ronda, probably the best known of the “Pueblos blancos”, the white villages, as it is a spectacular location build above the more than 100m deep “El Tajo” canyon that divides the city into two. Other famous destinations east of Seville are the city of Córdoba, with the beautiful “Mezquita” as well as Granada with the “Alhambra”.

Déjate llevar – allow yourself to get carried away

I was 19 years old when I first moved to Seville in April of 2012. It was my first time living abroad and I only came for half a year of work experience, but somehow I fell for the charm of the city. Since then I revisited Seville several times and even moved back there for another six months in 2015.

I am very fortunate to have the chance to travel a lot. I have lived in nine different cities in five countries (among them three cities in Spain) and have visited more than 30 countries overall. Still, for more than six years now, whenever anyone asks me the question “What is your favourite city in the world?”, my answer is: Seville, Spain. I am incredibly happy that Explore Europe now offers a trip to Seville, so you can see for yourself. And while you’re there, don’t forget: “Déjate llevar”! 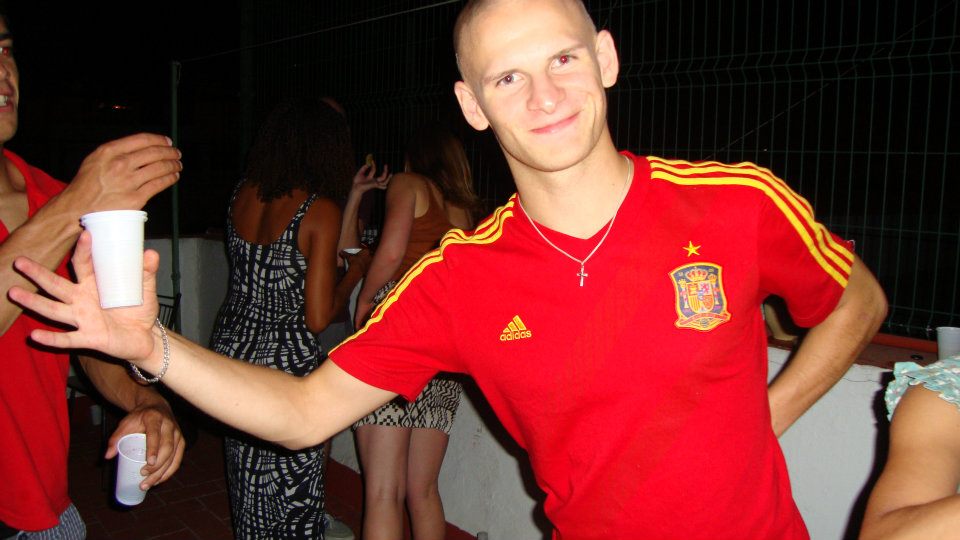 1. Try the restaurants and bars in “La Alameda de Hércules” and dive into Spanish dining culture (beware many restaurants don’t open until 20.00h in summer.

2. Take a walk along the Guadalquivir from “Plaza de Armas” until the “Torre de Oro”.

3. See one of the many live “Flamenco” shows.

4. Take a stroll through the city center and get lost in the narrow streets of the old Jewish quarter, the barrio “Santa Cruz”.

5. Have a drink on top of “Las Setas” and enjoy the sunset from here.

6. Have a picnic in “Parque María Luisa” after visiting the “Plaza de España”.

7. Visit the old tobacco factory (today part of the University) where the opera “Carmen” by Georges Bizet originated.

8. Walk across the “Puente de Triana” and get lost in the bars of “Calle Betis” or the small markets of Triana.

9. Visit the World Heritage Sites “Santa Maria de la Sede”, “Real Alcázar” and “Archivo General de Indias” (Get the ticket online to skip the queue, it is possible until half an hour before entry).

10. Don’t forget your student ID if you have one, all entrance fees will be dramatically reduced (given you are under 25).

11. If you go in between April and October, visit one of the many terrazas, the famous outdoor nightclubs of Seville.

12. If you have time, take a daytrip to one of the many worthwhile destinations nearby.

13. Bring a camera and take pictures. Many pictures.

Have you ever taken on a trip to Seville? Tell us your favorite part in the comments below.