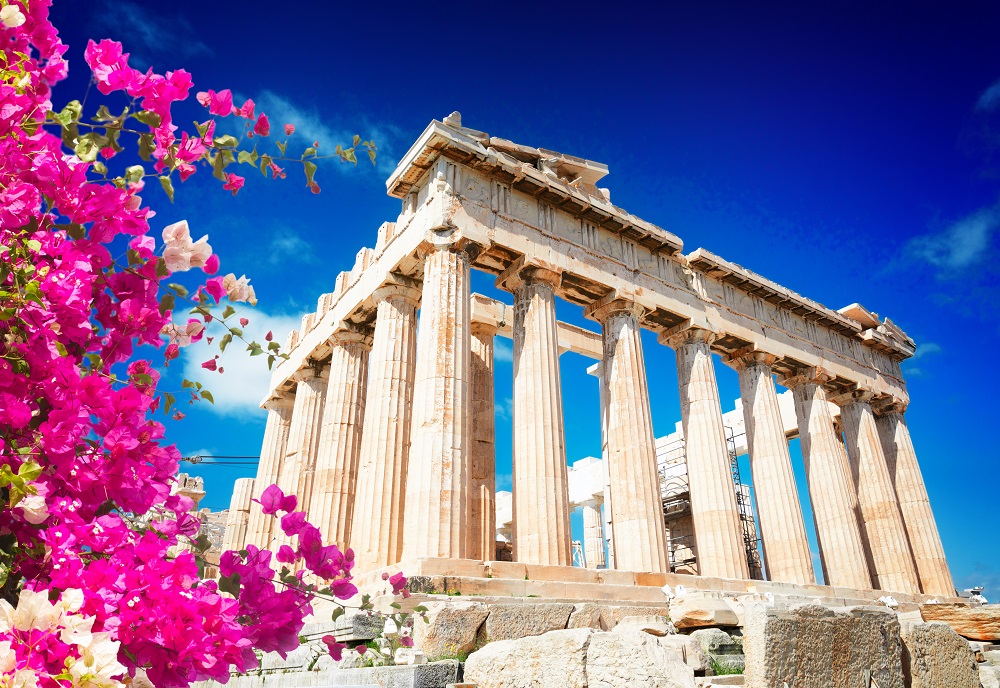 Greece needs no introduction. From crystal clear waters, blindingly bright sun, to unmistakable blues, it makes it the ideal summer getaway. Bask in those rays or throw on some shades, Greece’s beauty always shine through! Not quite sure what to include in your itinerary? We’ve got you covered with our 5 must-sees. 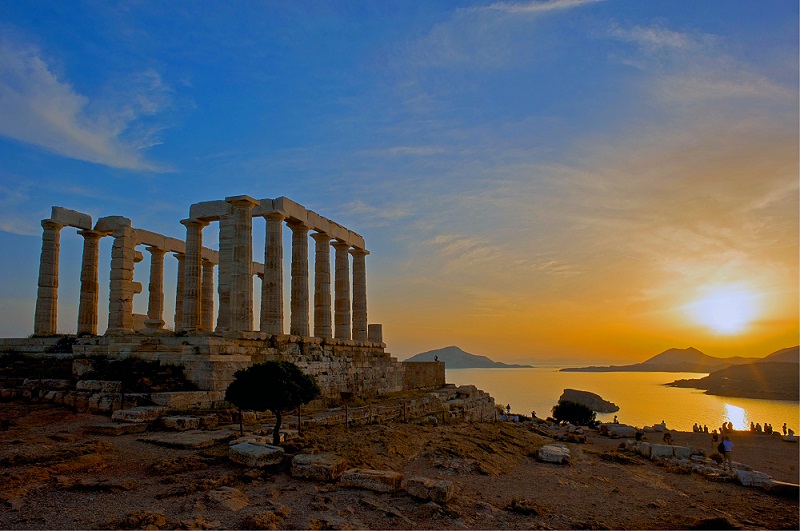 Athens is the heart of the country, as it was the heart of Ancient Greece.  Rich of its century-old history, you can still see to this day the remnants of 5th-century BC landmarks. In fact, the city has continuously been inhabited for over 3,000 years. It was renown as a powerful empire and laid the foundations of western civilization with its cultural achievements. When visiting today, you don’t want to miss out on the Acropolis overlooking the city. The sane goes for the Roman Agora, which used to be the marketplace after Athens became part of the Roman Empire in the 1st-century. Finally, the Temple of Poseidon – included on our optional sunset tour at Cape Sounion – offers the most gorgeous view as the sun settles for the night. Rumor has it that an inscription at the temple confirms that it was built for Poseidon. 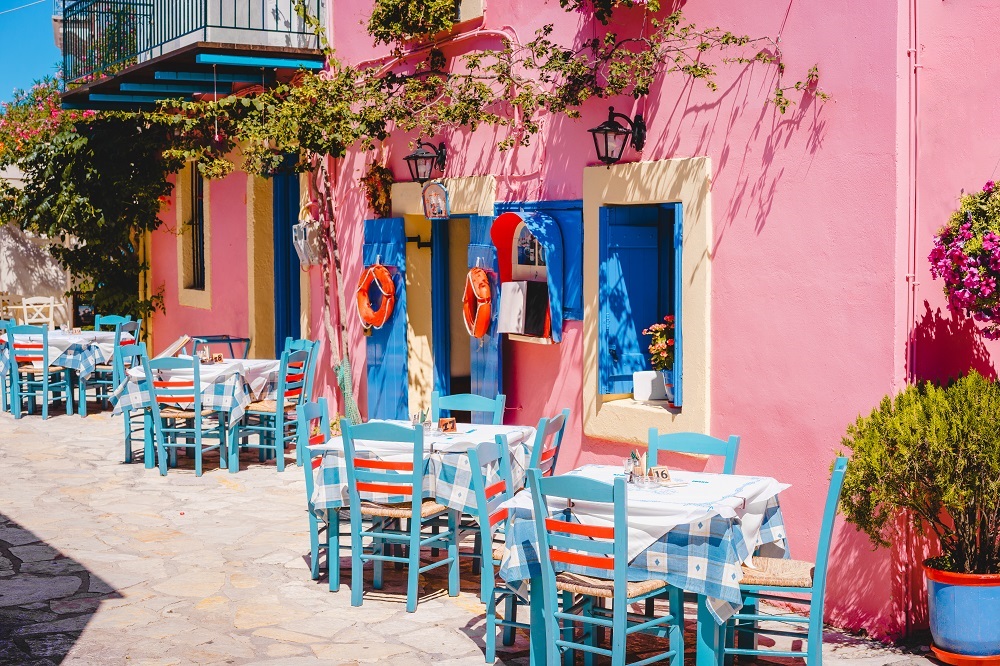 Nafplion is a true hidden gem of Greece. Its picturesque scenery, aquamarine waters, quaint shops, and long scenic walks will surely make your heart flutter.  As it was once ruled throughout history by Frankish, Venetian, and Turkish conquerors, it offers a diverse landscape of medieval castles, fortified islets, and breathtaking beaches. It was the first capital of modern Greece (1822-1922), but it is better known today as a city in which striking romances come to life. You will want to explore the Palamidi Castle – it is preserved in excellent condition and is one of the most important achievements of the Venetian fortification architecture. You might feel like heading over to the Archaeological Museum of Nafplio – it showcases the important artifacts from the Prehistoric and Mycenaean Era- or the War Museum, which is the former site of the first Military School in Greece. 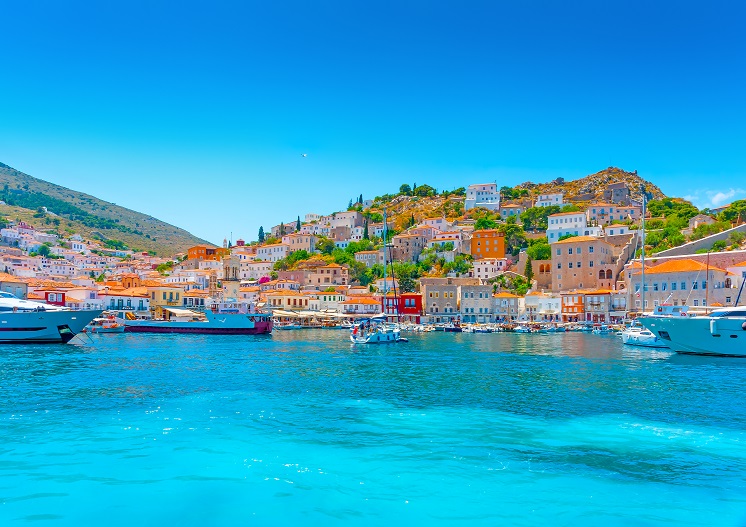 The port of Hydra

Hydra is a small island that allows no cars. Visitors  are encouraged to ride the donkeys from the port and through the cobbled streets of the town. During the 1960s, Hydra was considered as an artists’ destination with much of its traditional flair and architecture that dates back to the 18th century being preserved. With the turn of the decade, celebrities like Jackie Kennedy would spend their summer nights in the famous Lagoudera Club. Today, most attractions located right in the port including restaurants and shopping. It is also a great opportunity to take a dip in the sea. 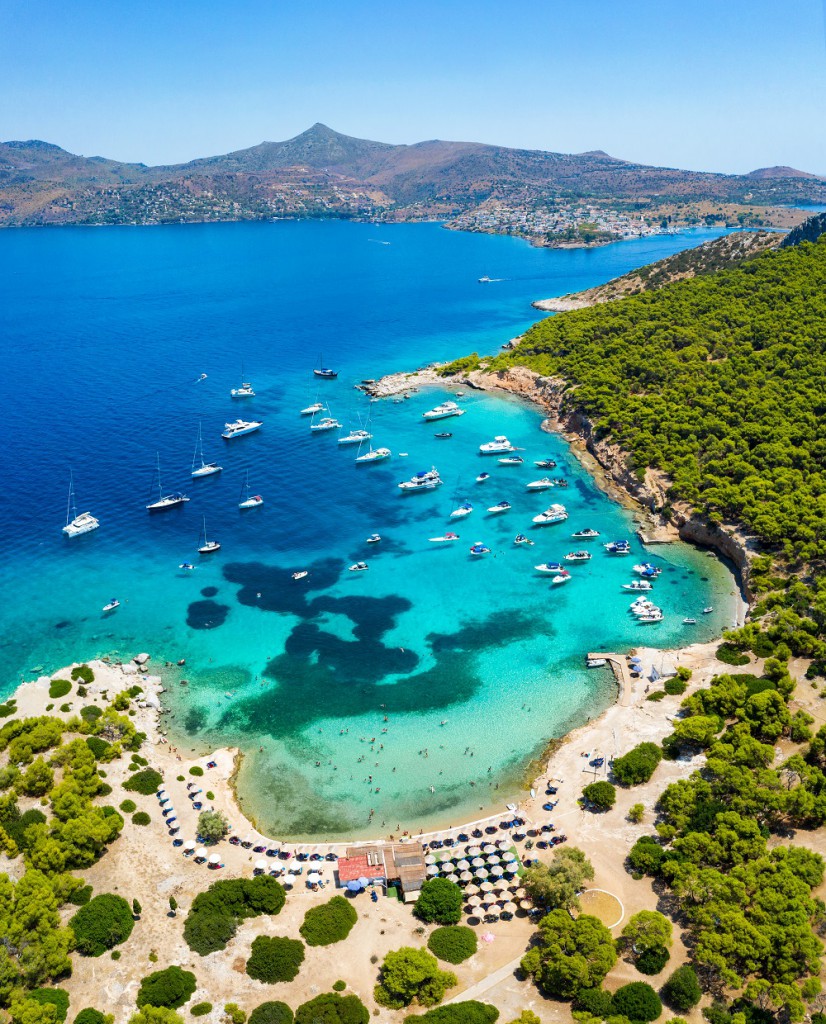 Aegina is the closest of the Greek Islands to Athens. While you are there, you will want to try their traditional pistachios, the island’s most famous produce. Not much of a pistachio aficionado? The waterfront of Aegina might be just ready for you then. It is a nice route with restaurants or local products on one side and the sea with the port and boats on the other. You might even consider checking out the well-preserved Temple of Aphaia, the goddess of fertility. It is 2500 years old, and located in the middle of the island. 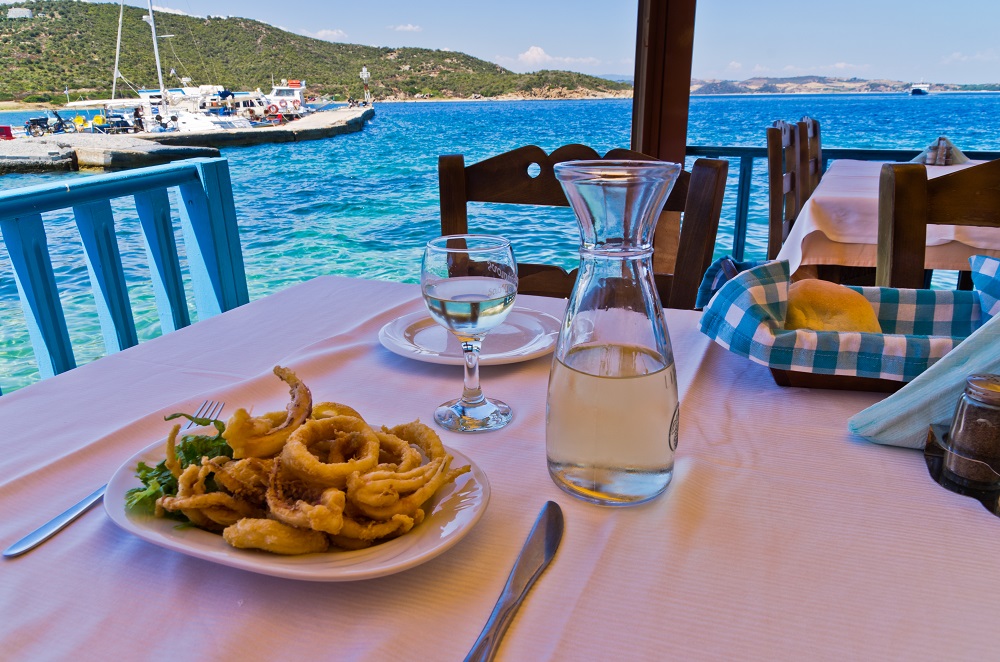 Lunch with a view in Poros

Greek islands and romance go hand-in-hand, and Poros is not exception! Wander along the Love Bay  with its fantastic beach, green-blue waters, and pines hanging above the shore. You might feel as though time has frozen while you roam the island so why not check out the Clock Tower? From the port you only have to climb a few steps, go through alleys, before reaching magnificent views and the ideal place for impressive photos. If you prefer, you can always discover the port of Poros with the port itself, the city, the marina all in a single line that you can walk in just an hour.

If planning a trip is not your thing, why not join us on our trip on September 3-6th, 2021? No more hassle, you get to see all the places mentioned in this blog!